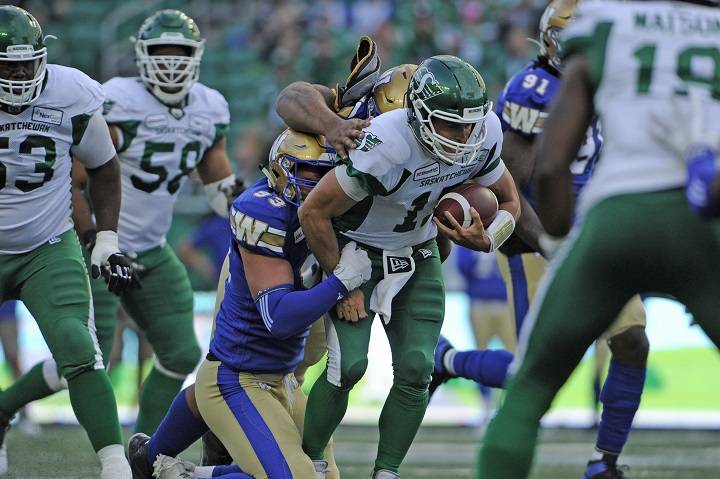 Zach Collaros threw two touchdown passes, but it was the Winnipeg Blue Bombers that rallied in the fourth quarter to upend the Saskatchewan Roughriders 35-29 Thursday in the final pre-season game for both teams.

Collaros played the entire first half for the Riders and completed 10-of-15 pass attempts for 163 yards. He connected with Naaman Roosevelt on a 22-yard touchdown early in the second quarter, a score that gave the Riders an 8-1 lead.

Collaros ended his night with an eight-yard touchdown strike to Shaq Evans.

Collaros’ counterpart Matt Nichols had a solid performance as well in two quarters of action. He tossed one touchdown – an 86-yard pass-and-run to Lucky Whitehead – and completed 7-of-14 pass attempts for 163 yards.

Roosevelt caught four passes for 67 yards to lead the Riders.

The Blue Bombers open the regular season next Saturday in B.C. against the Lions.