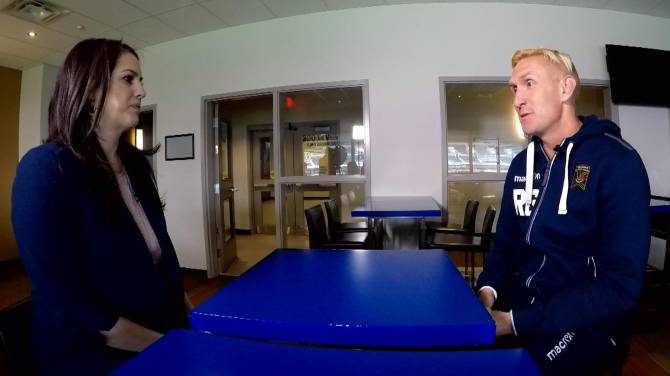 Valour FC’s former captain has been hit with a six-game ban for his actions in a recent Canadian Premier League match.

Jordan Murrell was suspended for an additional three games for his actions in a loss to the HFX Wanderers last week. That suspension is in addition to the automatic three-game ban for receiving a straight red card.

Murrell was handed the red card for making contact with the referee in a 1-0 loss. He then kicked the scorer’s table as he exited the stadium following his ejection.

The 26-year-old defender was stripped of his captaincy after the incident. He apologized on social media soon after the outburst.

“I reacted in the heat of the moment and did not act in true representation of our team, the league, or my character,” he said. “I am very sorry for my actions and to anyone I unintentionally affected.”

He served the first game of his suspension in Saturday’s 2-0 win over York9.

Murrell will be eligible to return on September 12 when Valour FC hosts Forge FC at IG Field.