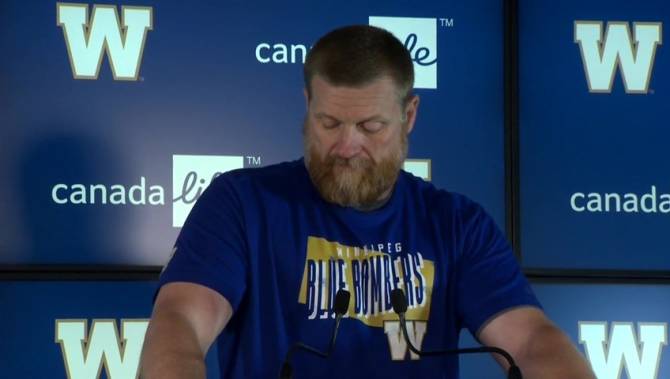 The Blue Bombers’ defensive end won’t take the Lions lightly Thursday when his heavily-favoured club hosts a team that has a bad record (1-7) but only lost its last game by one point.

“If you watch their games, you know pretty much most of their games have been close games, coming down to the last couple of possessions and stuff like that and they just can’t finish games,” Jefferson said of the Lions after West Division-leading Winnipeg (6-2) held its walkthrough on Wednesday.

With quarterback Mike Reilly at the helm, the veteran defender knows B.C.’s offence can explode for points at any time.

“Their record being 1-7 right now, that doesn’t have anything to do with Mike’s mental aspect to the game,” Jefferson said.

“He’s going to come in, be tough and be ready to sling the ball around the field and just try to make plays.”

Last week, the Lions had a 15-point lead over the Hamilton Tiger-Cats in the fourth quarter and lost 35-34 in the final minute.

The Lions stayed in Hamilton and had two days of practice before travelling to Winnipeg. Reilly had injured an ankle late in the loss, but he said Wednesday it’s feeling fine and not hampering him.

Despite his team’s bleak record, he said the players are trying to focus on the positives, learn from their mistakes and not lose hope for the season.

“I don’t have any challenges of keeping hope alive, in the sense of I’m just worried about playing against Winnipeg now and then whatever happens after that, we’ll deal with it at that point in time,” Reilly said.

“I don’t think Winnipeg is going to feel sorry for us, so if we feel sorry for ourselves that’s a recipe for disaster when you go out on the football field. You’ve got to fight for every single thing that you want to try to get done.”

The Bombers know exactly how the Lions felt after that one-point loss.

Winnipeg played in Toronto Aug. 1 and let a 20-0 lead slip away to give the Argonauts their first victory of the season by a 28-27 score.

Bombers defensive back Winston Rose, who leads the CFL with six interceptions and played for B.C. last season, doesn’t want a repeat of the Toronto meltdown.

The key is starting fast, not letting B.C. gain momentum and shutting down its talented receivers such as Bryan Burnham and Duron Carter.

“As you saw last game, they had a few explosion plays that put them in position to win, they just didn’t finish,” Rose said.

“We feel like they’re going to feed off that game and try to come in and get their second win of the season. We’ve just got to do our job, play our football and just do what we do.”

New Lions head coach DeVone Claybrooks said his team has to “get better in the trenches,” protecting Reilly – he’s been sacked a league-high 29 times – and getting after the opponent’s quarterback.

For only the second time this season, B.C. will field the same offensive line two games in a row. The first time was in Week 1 and 2.

Winnipeg’s offensive line has been a big reason for the success of running back Andrew Harris, who leads the league in rushing with 746 yards off 114 carries.

Harris goes into the game 65 yards away from becoming the all-time leader among Canadian players for yards from scrimmage.

“It’s definitely a good milestone, a great milestone, but I’m trying to just focus on the game,” he said. 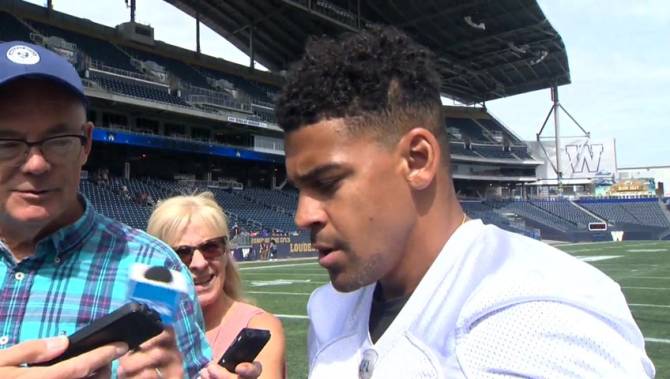 HOME SWEET HOME: The Bombers are 4-0 at home this season and have won seven in a row at home for the first time since the 1993 and ’94 seasons. 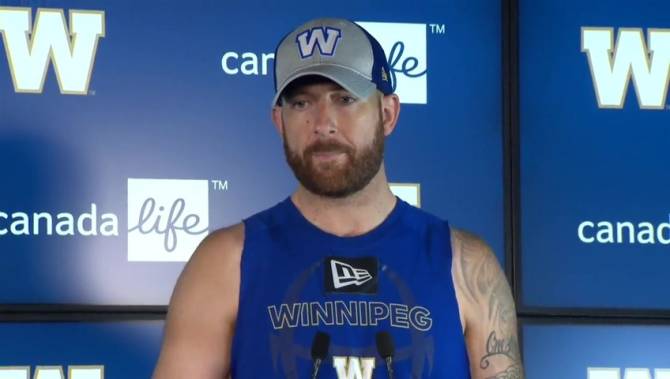