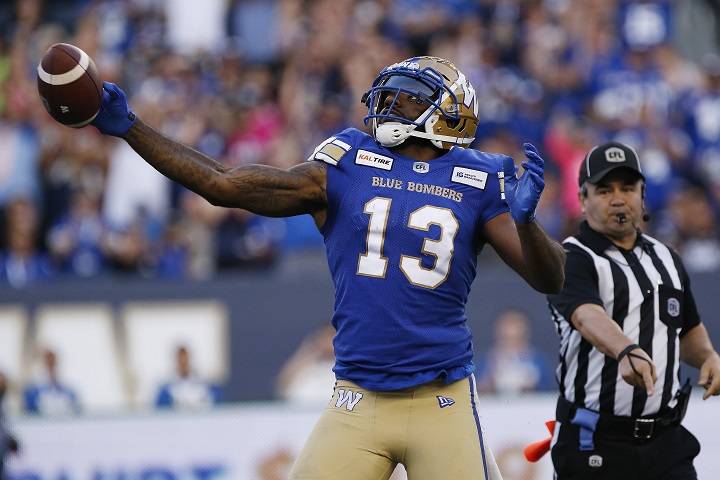 Running back Andrew Harris moved up in the CFL record book and the Blue Bombers remained in first place in the West Division by beating the B.C. Lions 32-16 Thursday in a game that saw Winnipeg quarterback Matt Nichols leave with an apparent injury in the fourth quarter.

Nichols left the game with about nine minutes left in the fourth after being sacked by new Lions defensive lineman Shawn Lemon. Nichols fumbled the ball and walked to the dressing room appearing to favour his right throwing arm.

Harris, meanwhile, passed former Montreal receiver Ben Cahoon (13,368 yards) to become the all-time leader among Canadian players for yards from scrimmage. He finished with 73 yards rushing, but had no receiving yards. His career total is 13,377.

The Winnipeg native also moved past Dave Thelen (8,463 yards) into the league’s top 10 all-time rushing list with 14 carries for 73 yards that gave him 8,477 career yards.

The Bombers improved their record to 7-2 with their fifth straight victory at IG Field this season in front of 24,914 fans. It also extended a home win streak to eight games since last season, the most victories on home turf since 10 in a row in 1993 and ’94.

The Lions dropped to 1-8, the first time they’ve started off with that mark since 1996.