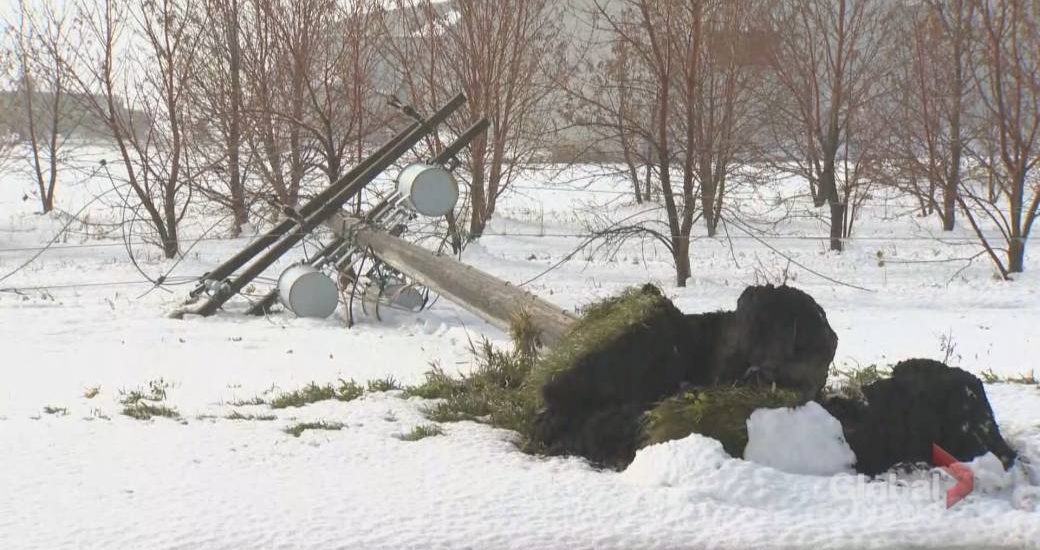 Despite a state of emergency in the City of Winnipeg and Province of Manitoba, the leaders of the four federal parties have been largely silent.

As 22,000 customers were without power throughout the province and rural and First Nation residents fled to Winnipeg Sunday, only NDP leader Jagmeet Singh commented on the situation.

Sending lots of love to Manitobans dealing with the #mbstorm, and the incredible members of the public service who are doing everything they can to help people – from hydro workers to emergency service staff and first responders – thank you for all your tireless work.

After a tweet by a Global News reporter Monday, PC leader Andrew Scheer sent out this response:

My thoughts are with all of the families who are affected by the snowstorms in Manitoba. Canada’s Conservatives are committed to ensuring Indigenous communities have the energy infrastructure needed to maintain essential services.

Scheer was campaigning in Winnipeg Monday. Global News will be there.

When contacted by Global News on Monday, Liberal Party leader Justin Trudeau’s campaign sent out this statement: “Our thoughts are with those affected by the snow storm in Winnipeg and communities across southern Manitoba, as well as the first responders working to keep everyone safe.”

Global News has also reached out to the Green Party for comment.

Premier Brian Pallister and Mayor Brian Bowman both said they have been in touch with federal counterparts for disaster assistance.


READ MORE:
Outages coming down, but could be 7-10 days before total fix, says Manitoba Hydro

“Ontario stands ready to provide any assistance that the people of Manitoba may need during this challenging time. Our government has reached out to Premier Pallister to offer our full support in whatever capacity is needed.

“Ontario’s Provincial Emergency Operations Centre is actively monitoring the situation and is in close contact with our counterparts in Manitoba.

Manitoba has a friend in Ontario. My message to Manitobans is: We are ready to help. As fellow Canadians, it’s our duty to help others when they need it most. Our thoughts are with the people of Manitoba during this difficult time.”