HomenewsCanadaOutages coming down, but could be 7-10 days before total fix, says Manitoba Hydro – Winnipeg

Outages coming down, but could be 7-10 days before total fix, says Manitoba Hydro – Winnipeg 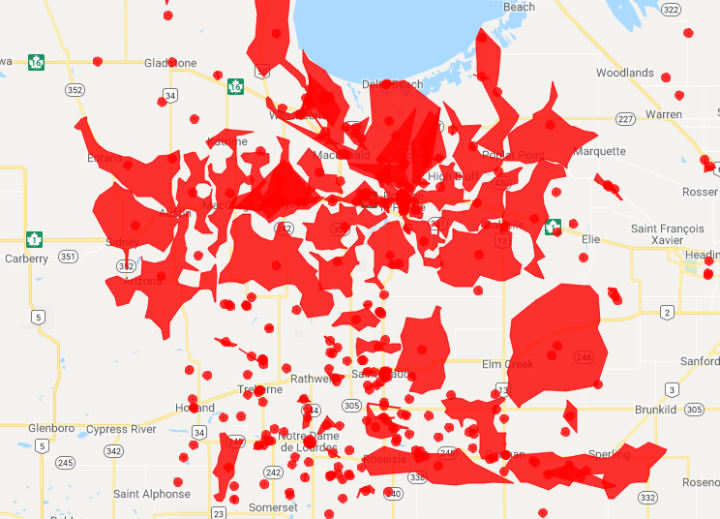 Manitoba Hydro called in neighbouring companies like SaskPower to help slowly restore power in rural Manitoba, where tens of thousands of people have been without electricity since Friday.

However, the timeline to get everyone back online is at least a week.

Bruce Owen with Manitoba Hydro said they are making headway in Winnipeg, going door-to-door at this point.

“Our issue, of course, is the trees,” he said. “We have to remove these trees first and find out how damaged the line is and then start our fixed.”

Winnipeg is under control, he said, and Hydro is focusing their efforts west, saying the wet snow “crumpled” significant transmission towers.

The utility has been utilizing their ability to switch power from other lines to transmit, said Owen. Parts of Portage la Prairie have been restored, but it will take time to bring the whole city online without overloading lines.


READ MORE:
‘This is a significant challenge’: Manitoba still working to restore power, under official state of emergency

Total restoration in Manitoba will take days, he added. “If the weather is finally on our side, that we’re looking at a period of approximately 7-10 days.”

Both the Province of Manitoba and the City of Winnipeg declared states of emergency Sunday, as did numerous First Nations. Several First Nations evacuated their residents to Winnipeg Sunday.

Brady Landfill and the 4R depot recycling centres are open on Monday.