The Grey Cup champion Winnipeg Blue Bombers added five players to their roster on Monday, including a pair who had tryouts with the team last season.

Peters and Boynton were both in mini-camp with the Bombers last spring before they were released. Boynton was one of their final cuts out of training camp after he spent time with the NFL’s Pittsburgh Steelers and the Memphis Express of the AAF. 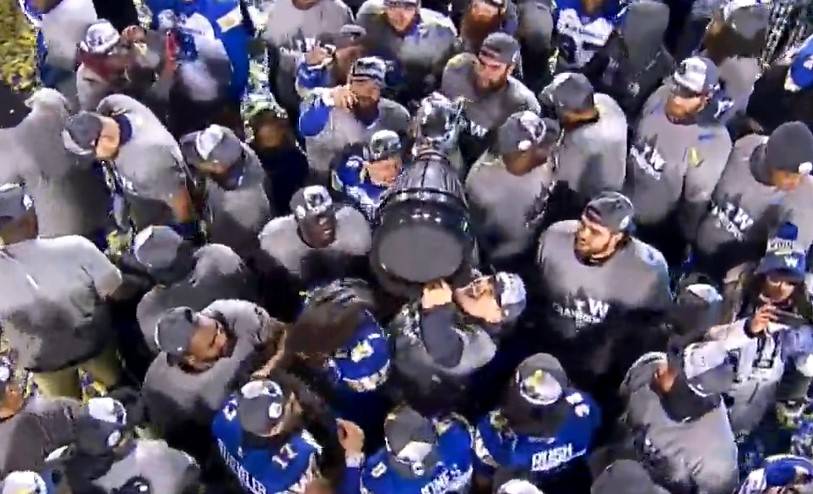 We are the champions: Winnipeg celebrates Bombers’ Grey Cup win

Peters has three games of NFL experience with the Washington Redskins, in which he recorded three tackles. Peters also spent time with the Seattle Seahawks and Kansas City Chiefs.

Rudolph, 24, starred for the Florida State Seminoles. He also played in seven games with the New York Giants in 2017, making eight catches for 101 yards.

The Bombers have 18 players set to become free agents in February. They open defence of their championship on June 13 against the Hamilton Tiger-Cats.