Screengrabs from social media of what appeared to be a graduation ceremony at Springs Church in Winnipeg were circulating online Saturday, and prompting outrage from many.

The photos appear to show Springs Church hosting a graduation ceremony, with numerous people indoors, not wearing masks, and not physically distancing. Global News has not been able to independently verify the images.

“It was kind of disturbing to imagine that this was a recent photo that happened just the same day the province is telling everyone not to mix outside of our households and to stay home,” Rev. Erik Parker, the pastor of Sherwood Park Lutheran Church, told Global News.

“It was very disappointing and disturbing and just kind of showed a lack of care for our community and our province in this time of crisis.”

Last fall, Springs Church took the Manitoba government to court after holding drive-in church services that were not allowed under the province’s public health orders at that time. Manitoba Court of Queen’s Bench Chief Justice Glenn Joyal ruled against the church’s application in early December.

Parker wrote an open letter to Springs Church on his blog last fall, calling on the church to follow public health orders. He wrote another post on Saturday and says he’s disappointed to see this apparently happening again.

“This is still a problem and this is still not representing what I think Christians and churches should be representing in this time,” Parker said, adding that he’s had a number of people reaching out, hoping to add their name to his letter.

This comes as Manitoba announced additional public health orders over the May long weekend as the province grapples with record-high COVID-19 case counts, strained healthcare systems, and intensive care units nearing the brink.

“Our ICUs are full, our hospitals are overflowing, our healthcare workers are begging us to stay home and to stop spreading COVID-19,” Parker said. “This is just not the time to be doing something like that just because we miss gathering or feel bad for a certain group. Everybody feels bad, we all miss seeing family and friends, loved ones. So it’s just time to do this a little longer, sacrifice a little longer so we can actually gather when it’s safe and not put anybody at risk.

“They just clearly do not care about the rules right now, and chose to do this thing because it was more important than people dying in the hospital, I guess.” 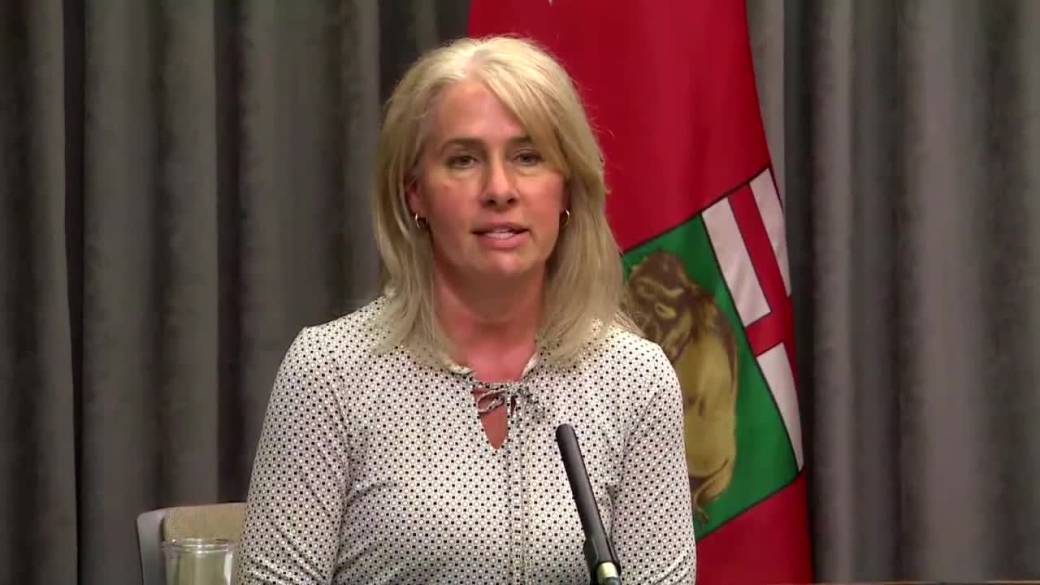 2:09
Manitoba ICUs on brink of collapse

Manitoba ICUs on brink of collapse

“I’ll certainly look forward to finding out what’s actually happened before I comment,” Pallister said. “But obviously if there are violations, I would expect that there would be consequences for that and it would be most unfortunate.”

When questioned on why the province isn’t taking more proactive measures to shut down public gatherings and rallies, Pallister acknowledged the frustration for Manitobans who have been following public health orders.

“What I’m hearing from Manitobans is incredible frustration from people who have been doing their absolute best to honour the health restrictions, doing the right thing (and) making sacrifices,” Pallister said.

“Businesses are hurting, families are hurting, relationships are suffering, we’re all doing the best we can and we got some people out there who choose not to do that, and that’s very, very hard to take.”

“I think it’s frustrating to a lot of Manitobans, particularly heading into a long weekend where we’re not going to see our family or friends, that other folks are flouting the rules,” Kinew said.

“Looking ahead, should this government take proactive steps? Get an injunction on situations like the rally that’s planned for next week?”

Kinew said it’s something NDP justice critic Nahanni Fontaine has been calling for.

“Let’s keep in mind this government has no problem trying to seek injunctions if there’s an anti-pipeline, pro-environment protest,” Kinew added. “So what accounts for the lackadaisical response in this instance?”

Global News reached out to Springs Church and the church’s pastor but has not received a response.